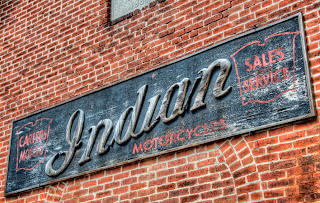 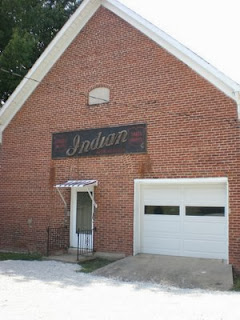 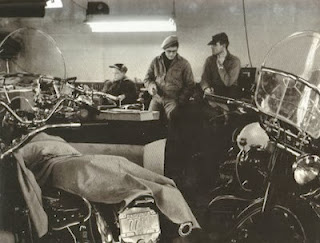 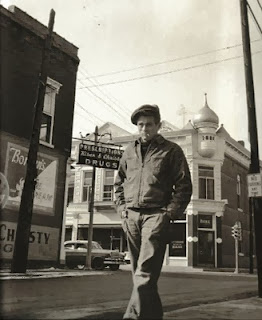 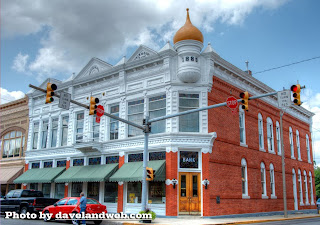 I caught a documentary on James Dean on PBS last night.  It was made in 1957.  Two years after Jimmies death.  They interviewed his family and friends.  They went to the Indian dealer where he bought his first motorcycle.  The bike was a CZ single cylinder.  They had a small dirt track next to the shop where Jimmy raced the bike.  The owner said they called him One Speed because he only went all out!  I found some shots of the dealer today as well as an interior shot with Dean.  A then and now shot of downtown Fairmount also.
Posted by Boardtrackfan at 10:11 AM