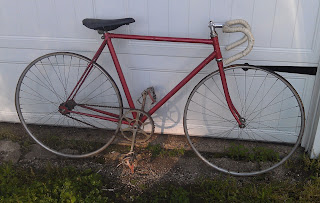 I just got this little gem in trade for one of my OM Flyers.  The Williams crank is dated 1949.  It has a GB stem and Bayliss-Wiley hubs.  The rims are early Mavic.  Removing the bar tape revealed the GB mark on the handlebars.  I found NOS tape and bar ends on Ebay.  The plastic seat will be replaced with a vintage Wrights.  New sew-ups are in order also.  Haven't been able to identify the frame and fork.  It is marked Made in England on the bottom bracket.  It looks like I am the fourth owner.   My buddy bought it off the second owner who raced it during the early 50s in Ann Arbor Mi. 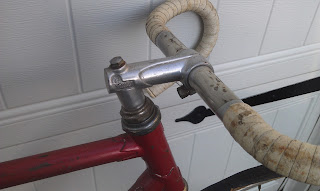 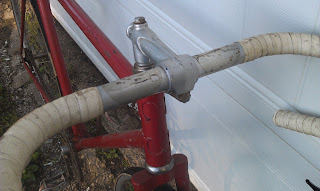 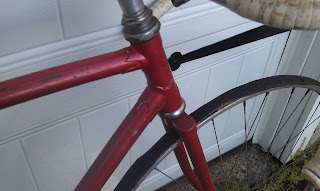 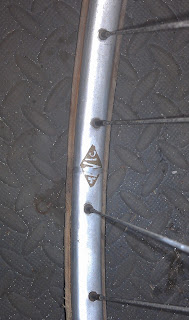 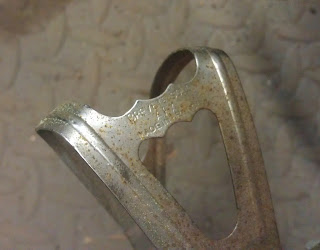 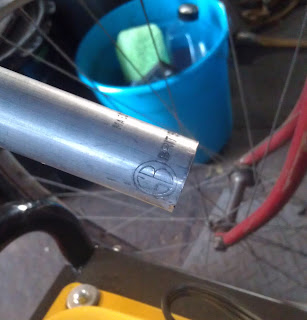 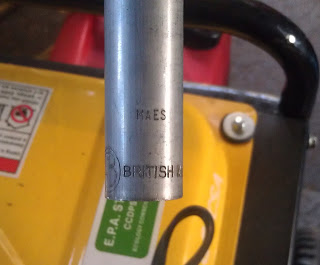 GB mark on end of handlebar.
Posted by Boardtrackfan at 2:10 PM